What we learned from building a Game of Thrones-style wall in our office...

Here at Parcel2Go, our Game of Thrones fandom is so strong it would give Ser Gregor “The Mountain” Clegane a run for his money.

But with the premiere of the anticipated seventh season creeping ever closer, spoiler-talking, calendar-checking and cries to rebrand ourselves as ‘Parcel2GoT’ were doing little to enhance office productivity. That gave us an idea for an experiment.

We asked ourselves: What would happen if the office were to be divided by a giant wall like the one made famous by Game of Thrones?

You won’t need a three-eyed raven to find out what happened; we put together a nifty video of the whole ordeal.

How We Built the Wall

To build your very own Game of Thrones-style wall, you will need the following:

First, we enlisted the help of some of our colleagues and fellow Game of Thrones enthusiasts to help us out with the planning and construction of our Parcel2Go Wall. 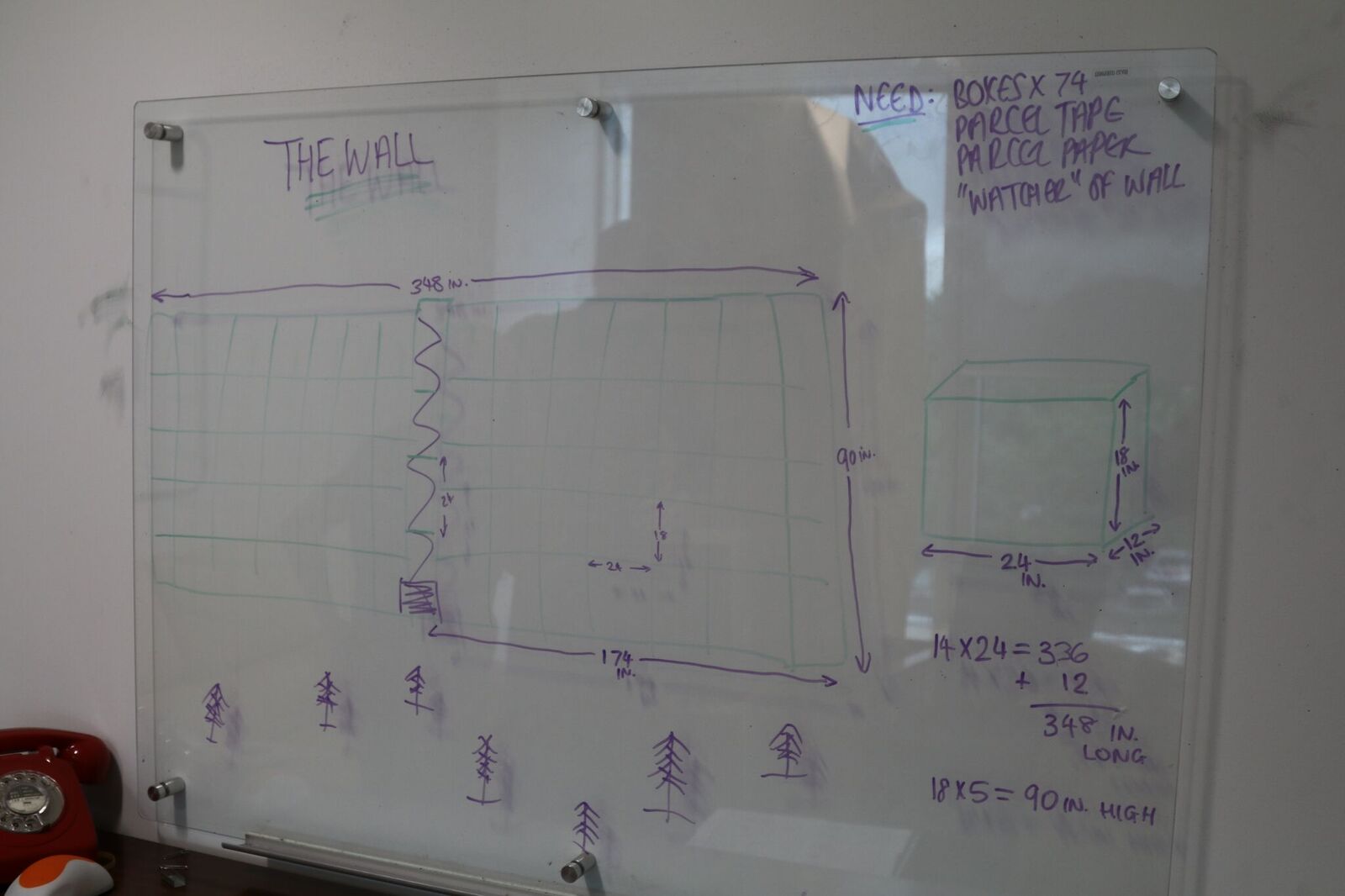 Together, we prepared the cardboard building blocks of the Wall and began construction, using a little bit of magic and plenty of good old-fashioned hard work. 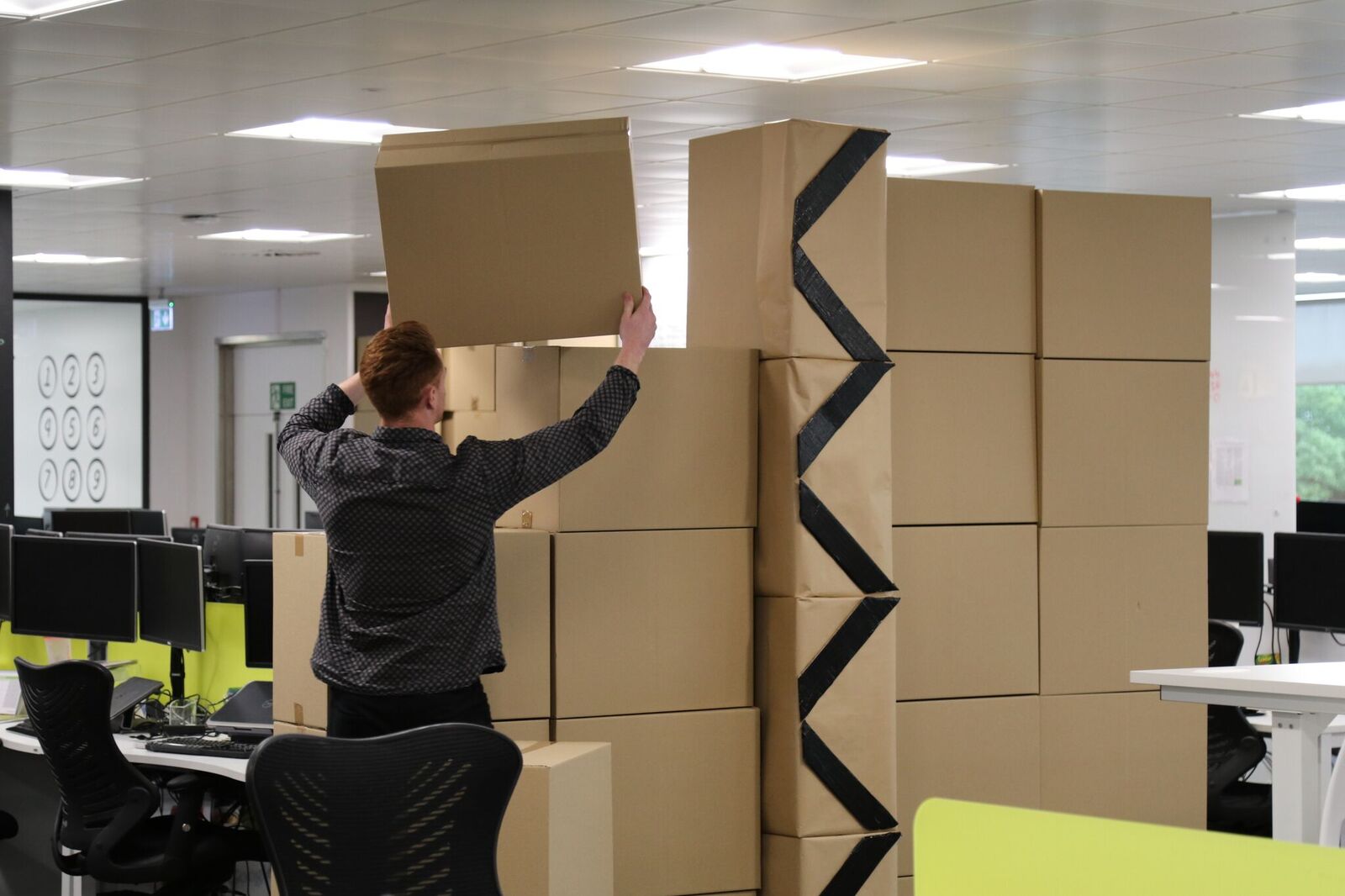 We worked through the night (like the Night’s Watch of course) and when the construction was finished, we stood back to admire our handiwork. 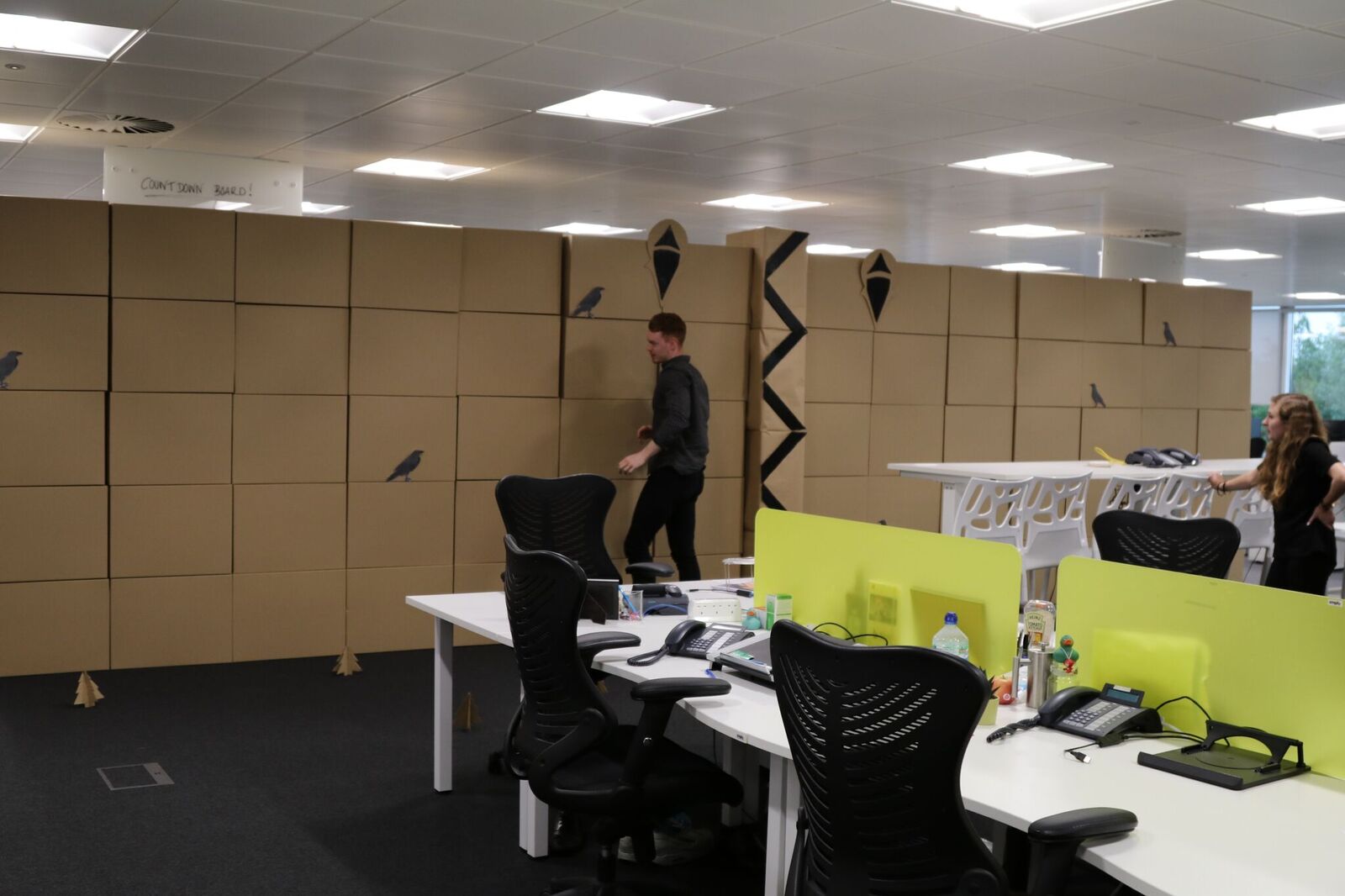 Now we were ready to defend our realm from the Wildlings and White Walkers at the farthest reaches of the workplace.

But how would the rest of the office react?

When our teams began to arrive in the morning, our colleagues were (understandably) quite surprised and confused at the presence of the Wall. Who chose to divide the office? Why? Was there another way to get to the kitchen?

Despite our undivided love for GoT across the office, we received mixed reactions about the divide between the two parts of the office. Our colleagues seemed suspicious about the presence of the Wall and some found it much harder to get on with their working day with the office split in two.

So, it appears the Wall didn’t bring us GoT fans together in the work environment; and as our video shows, there was only one solution: to tear it down!

What Did We Learn?

When the Wall was being built, we felt like we were part of a team, all working in harmony towards the same goal.

However, once the Wall was completed, the teamwork culture evaporated and the workplace felt divided (literally), which inhibited the productivity between teams.

We did some research and found a number of studies that identify a correlation between physical division and declining team productivity.

A study that featured in the Harvard Business Review found that the most valuable form of communication was face-to-face, with email and text being least effective.

When offices are physically divided – either internally within departments or when based in multiple locations – opportunities for face-to-face communication are restricted, and communication overall becomes less effective.

It’s not just physical walls that can cause divisions that affect productivity in the workplace, though. Division caused by poor communication can lead to frustrations and conflict, which inhibits the completion of projects.

Carol Deeb of Chron cites poor communication as one of the three biggest barriers to workplace productivity. She argues that a lack of communication due to conflict between staff breeds “a lack of information [which] can breed gossip and conjecture.”

She asserts that businesses should make it a priority to share relevant information with employees whenever possible. This creates a culture of transparency and better motivates employees in their work by giving them a clearer vision of the company’s direction.

Breaking Down the “Walls” in Your Workplace

Breaking down the ‘walls’ that stop staff being productive in your office isn’t quite as simple as, well, literally kicking them down like we did. Having said that, there are a few ways you can create a more unified, more effective workplace to help grow your business.

In conclusion, we took away a few things from our GoT cardboard Wall experiment:

And, most importantly, it’s impossible to fashion an Iron Throne using the contents of the office cutlery drawer.

You can’t blame us for trying.