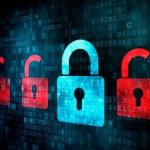 We’re all familiar with the threat posed by hackers, and most of us take steps to protect ourselves from online fraud and mobile security to the best of our ability.

However, some hackers use advanced techniques to get the information they want – and some of the world’s biggest businesses have fallen victim to them.

BBC News reports that hacking has itself become a lucrative industry, with mysterious firms offering their services to obtain some of the most sought-after secrets of private and state institutions.

So, just what is it that these hackers-for-hire want?

The Comment Group – which experts say is based in China – has been singled out as one of the major players in this secretive hacking industry. Indeed, the company has attracted the attention of the US government.

It was revealed by Wikileaks that the US government considered the Comment Group to be one of the most significant hacking threats originating from China. Soft drinks giant Coca-Cola also fell victim to a hack last year, which may have derailed a planned takeover.

Jaime Blasco, of security firm Alienvault, explained that hackers sought to find and exploit the “weakest link” of a particular organisation, thereby allowing them to gain access to sensitive information.

Kaspersky Lab researcher David Emm added that anyone within a particular organisation who works in a public-facing role could be a potential target, as they tend to produce more information. This information can then be used to create plausible spam emails which fool the target into clicking on links containing malware.

This malware, once implanted on the target’s computer, then enables the hacker to take their attack to the next level.

Have you ever been the victim of a hacker? What steps have you taken to protect yourself?