To reveal, or not to reveal... Should you reveal your identity online? 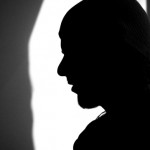 A senior government official has sparked widespread debate over revealing our identities online, specifically on social networks, and what exactly we should keep hidden from the online world.

Andy Smith, an internet security chief at the Cabinet Office, has advised the public to only enter in fake details online to protect their security, and only provide accurate details to trusted reputable sites such as government ones.

'When you put information on the internet, do not use your real name, or your real date of birth,' he told a Parliament and the Internet Conferencein Portcullis House, Westminster.

He said this because he believes it can be used against you.

Accurate information is only a necessity for government

However, he did stress that accurate information should always be provided when filling in government forms, such as tax returns.

'When you are interacting with government, or professional organisations – people who you know are going to protect your information – then obviously you are going to use the right stuff.'

But he is warning that information found online can be collected and collated to be used illegally.

These claims have been dismissed as propaganda

However, Andy’s advice has been ousted as “totally outrageous” by Labour MP Helen Goodman.

Helen told BBC News: 'This is the kind of behaviour that, in the end, promotes crime.'

'It is exactly what we don’t want. We want more security online. It’s anonymity which facilitates cyber-bullying, the abuse of children.

“I was genuinely shocked that a public official could say such a thing.”

Mrs Goodman’s views are not surprising considering she has previously been contacted by victims of cyber-bullying on various social networking sites by people hiding behind fake aliases.

Lord Erroll, chairman of the Digital Policy Alliance, said there was a “balancing act” needed between giving your real details to reputable sites to posting them on websites when confirming your own identity is not vital.

What is your take on this? Do you reveal your true identity on social networks?