Technology giant Samsung has revealed that it’s working on a new tablet which users can control with their mind. It might sound like the stuff of science fiction, but Samsung says it could be potentially revolutionary, totally changing the way in which users interact with technology.

A prototype Galaxy tablet devised by Samsung allows users to select programs by simply concentrating on a blinking icon. In order to be able to use the device, users have to wear a cap covered with EEG-monitoring electrodes. Of course, this may well prove to be a bit of a barrier to mainstream acceptance – as quirky as this new innovation is, it’s rather more cumbersome than just using a standard tablet. Nevertheless, it could represent a major milestone.

Speaking to MIT Technology Review, Samsung’s lead researcher Insoo Kim explained that as recently as a few years ago, users could only interact with mobile devices through the use of a keypad – whereas now, they can use touch, voice gesture and eye movement to control handsets and tablets. This just goes to show how rapid the pace of technological development has been in recent years, and it seems as if it’s likely to gather further momentum in the years ahead. 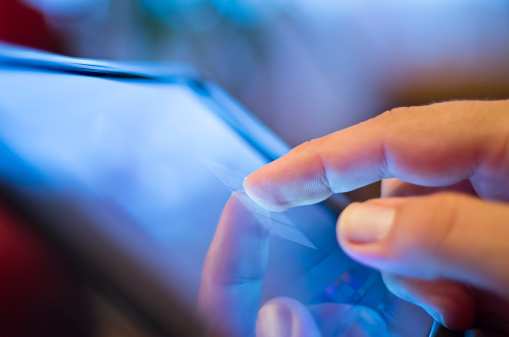 Roozbeh Jafari, an assistant professor of electrical engineering at the University of Texas who worked with Samsung to develop the prototype tablet, is working on a way to make the headset more user-friendly. The headset currently has wet contact electrodes that require liquid to be placed between the scalp and the sensor, but Prof Jafari is working on a dry version.

Just last month, you may recall, Samsung launched its Galaxy S4 smartphone, which allows users to control the screen using only their eyes – so it certainly has a reputation for groundbreaking technology. Only time will tell whether this mind-controlled tablet can break into the mainstream, but if Samsung can come up with a less cumbersome method of control, then the firm may have something big on its hands.

Back to Samsung Page Back to Tablets Page