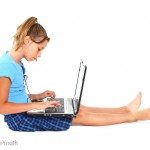 Conservative MP Claire Perry has caused controversy this week by suggesting that parents should be able to demand access to their children’s social media accounts, bringing about the question of how much we should be privy to when it comes to our children’s lives.

She suggests that parents who are paying for their children’s mobiles should be able to gain access to the content, and talks about the very controversial trend of ‘sexting’, which she said goes on in ‘‘pretty much every school in the country’, which is a very scary and worrying thought if you have children in high school.

Claire believes parents have a right to see what their kids are up to online, considering all of the online dangers and potential for bullying and explicit content.

However, the Guardian’s Zoe Williams believes that inappropriate sexual messages amongst young people is actually much less frequent than often stated, and often exaggerated by the media.

What do you think?

Should parents have the right, possibly even the responsibility to monitor their children’s communications?

Or is this an unacceptable breach in their privacy? Tell us what you think in comments!