Are you an impulse buyer? Blame your smartphone or tablet 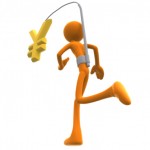 How many times have you bought something spur of the moment, then gone home and thought, ‘Why did I buy that?!’

If you are anything like me, then this has likely happened to you plenty of times!

Impulse buys are hard to avoid in this day and age, especially since the boom of online shopping.

And now, new research has revealed that it’s the popularity of tech devices, such as smartphones and tablets that have led to UK consumers making more impulse purchases.

With the rise of online retailers like eBay and Amazon offering consumers reduced price items with cheap parcel delivery, it really is no surprise that many of us are making impulse buys now more than ever.

Rackspace Hosting, an open cloud company, surveyed over 2,000 consumers and discovered that impulse purchases in the UK may have increased by as much as £1.1 billion a year due to the rise in the number of people using smartphones and tablets.

Fabio Torlini, vice president of cloud at Rackspace, said: “This is good news for retailers in general of course, but our study provides some additional insight here”

The retail trade still has work to do in order to convince the majority of the British public that using mobile devices to shop online is a safe, preferable and attractive alternative to logging on from their PC or visiting a store.”

Are you more likely to make an impulse purchase when shopping via a mobile or tablet computer?