Alone and ashamed: are you addicted to the internet? 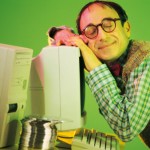 Did you know there is actually a psychiatric condition called ‘Internet-Use Disorder’??

Internet addiction disorder will be accepted in the official psychiatrist’s diagnostic manual, the DSM-IV next year.

SodaHead surveyed 602 people on its site in February, and discovered that many people confess to being addicted to the internet.

The poll discovered that women experience addiction more than men, with 64% of women ‘addicted’ to the internet, compared with 55% of men.

However, we do have to bear in mind, that women are usually more open when discussing these types of matters, so this may not be a true reflection of gender differences.

Teenagers between 13 and 17 were most likely to be addicted, with 73% reporting addiction, and  respondents who were older reported less addiction (which may be because of older generations not being as digitally savvy).

However, the poll also found that those who were 65 and over were more addicted than their counterparts between the ages of 45 and 64.

This could be explained by loneliness during retirement, making those 65 and over likely to turn to the internet for communication and entertainment.

What do you think?

So, when should we be worried?

The idea that we could be addicted to the internet may be worrying, but it is highly unlikely that many of us would be classed as having Internet addiction disorder.

Whittling away hours on Facebook and Pinterest doesn’t mean you have a problem – instead perhaps its reflects how terrible the British weather is, with nothing else to do!

Yet, it has been found that children who play a lot of online video games and get angry, agitated or irritable when their laptops, tablets or other devices are taken away,  are  likely suffering from the disorder.

“With kids, gaming is an obvious issue,” Professor Mike Kyrios, of Swinburne University of Technology, told the Sydney Morning Herald.

“But overall, technology use could be a potential problem.”

What are your thoughts on this? Do you think internet addiction exists?